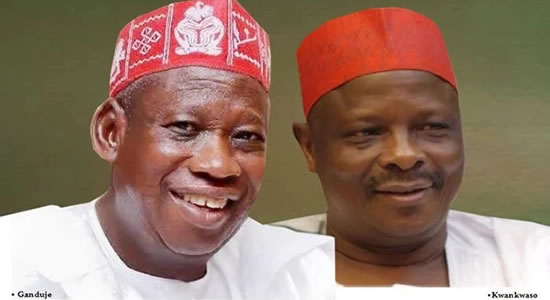 The Governor of Kano State, Abdullahi Umar Ganduje has said his administration has dragged Senator Rabi’u Musa Kwankwaso to the Economic and Financial Crime Commission (EFCC) over alleged diversion of multi-billion naira 5 kilometre road projects in the state.

He made this known on Wednesday while inaugurating 12 campaign committees for his second term bid, said Kano State government had taken the matter to the Economic and Financial Crimes Commission (EFCC). He disclosed that the Commission had gone so far in its investigation into the matter in terms of how the money meant for the construction of 5 kilometre roads in the 44 local governments of Kano state were diverted for Kwankwaso’s presidential campaign in 2015.

“However, Kwankwaso collected the 90 per cent from the 44 local governments, paid the mobilisation fee and funded his presidential campaign with the remaining balance. The Kwankwasiyya people have started campaigning with the 5km road project but I will expose them.”